America’s Independence Day is coming up. Fireworks are the traditional mode of celebration. Ever wonder why that is? Turns out that celebrating with fireworks is a tradition as old as our country. The first such fireworks display took place on July 4, 1777 in Philadelphia, despite still being in the midst of the Revolutionary War against Britain. It was intended to boost morale. Funny that with all of the inventions, advancements, and technology that has come about since that time that we still enjoy fireworks.

The displays have become more elaborate over the years, but the way they are made is basically the same. A Chinese monk named Li Tian stuffed gun powder into a piece of bamboo and then threw it into a fire. His intent was to make a noise loud enough to scare ghosts away. That was more than 1,000 years ago, and yet the components are the same: a shell, an explosive, and a fuse. Today’s fireworks commonly contain aluminum, iron, steel, zinc, or magnesium to create the bright sparks as the metal flakes heat up. A variety of chemicals are added to create the array of colors.

The temporary fireworks stores are popping up around town and if your neighbors haven’t already started enjoying their purchases, it likely won’t be long. A friendly reminder, according to the Minnesota State Fire Marshal Consumer “fireworks may not be used on public property (i.e. parks, roads, alleys, schools, government property, etc.). Purchasers of consumer fireworks must be at least 18 years old and retailers are required to check photo identification of purchasers before selling these products. Explosive and aerial fireworks are prohibited for public sale, possession and use.  Prohibited fireworks include firecrackers, bottle rockets, missiles, roman candles, mortars and shells.”

We know not everyone obeys those guidelines, but it is best to leave the big ooh ahhs to the professionals. There is something to be said for a small town fireworks show. If you’re headed to a cabin for the fourth, head into the nearest downtown for some main street nostalgia. Something about the bulk of a town’s population gathered together feels good.

However, if you are near Minneapolis you may want to go big time. Minneapolis Red, White, and Boom will take place at 10 PM in several locations. Click here for a list of seven places to take in the festivities. Top on their list as a best viewing locale is the Stone Arch Bridge. I’ve had the pleasure of watching once from the bridge and I would agree, it is spectacular. The bridge fills up fast, so you will have to plan accordingly. Another spot on their list was news to me and makes my must-do someday list, the Mill City Museum has an observation deck that provides a unique VIP experience. Seat are limited to just 50 people and it is $35 a seat, so plan in advance for this one.

Along with your blanket and bug spray, be sure to bring your patience – crowds all leaving at once rarely make for a relaxing time. The American Pyrotechnics Association (APA) estimates that more than 14,000 fireworks displays are enjoyed each independence day in America.

Dory never thought she would be a cabinet builder when she grew up! She enjoys working with customers to bring their ideas to life and help make their homes a place they love.

Many of our customers come to us with questions regarding cabinet construction and what makes a “better” cabinet. We [...]

Plants for Pollinators It is finally getting to be the time of year when Minnesotans head out outside. For some [...]

In Honor of Earth Day Earlier this week was Earth Day, in honor of that; let’s take a look at [...]

We are heading to the Minnesota State Fair! Roll Outs Galore!

We are excited to be a part of the Minnesota State Fair WISER LIVING: Smart Solutions for Aging at [...]

Visit our Custom Roll Out Shelves Booth at the Home and Garden Show! 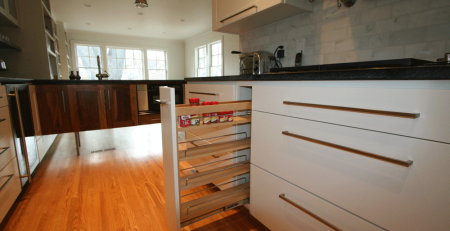 Custom Roll Out Shelves Help You Maximize Your Existing Space!

Custom roll outs maximize your existing space and make that space more accessible. We all want to love our [...]

Regardless of whether you have a home office as a place to run a business, do homework, or manage [...]

We are heading back to the Home and Garden Show!

We are making our plans, for what has now become a yearly trip to the Minneapolis Home and Garden [...]

Let’s organize those cabinets!   We always tell our clients the most difficult part of a kitchen design isn’t picking the [...]